Teachers - History shows us a way to a new earth. 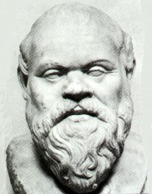 There have been many people who have paved they way for us to follow are own positive path. They set examples good and bad, there are lessons in both. Ill be discussing 3 types of teachers:
1. Heroes
2. Anti-Heroes
3. Ourselves/the Mirror

The farther into spirituality you go the more youll find there are lessons in every aspect of life, heres an example from yesterday, I was discussing with my friend to his mom about the value of a silence when it comes to mental noise. After a while of discussion I stated that "the mind is a tool just like this living room lamp, once you done with it you turn it off as to not waste energy".

Anyways..
1. Heroes -
Heres a list of some of my greatest idols and why they can be so benefical. Im not sure if its in order yet.
Leonardo Da Vinci - Back 500 years ago he had created plans for a bicycle, submarine, helicopter, extendable ladder, bridges, parchutes, war machines, he is one of the worlds most famous painters creating the mona lisa and last supper, he was a musician of several instuments, he was a cook, he was very fit, ambidextrous(could write with both hands), he was able to write backwards, he was able to record subtle movements in the flight of birds that was unreconizable until film,
he states 40 years before Copernicus- "IL SOLE NO SI MUOVE" "the sun does not move", he added, "The earth is not the center of the circle of the sun, nor the center of the universe",
60 years before Galileo he suggested that "a large magnifying lens" should be employed to study the surface of the moon and heavenly bodies.
200 years before Newton, Leonardo stated that "Every weight tends to fall towards the center by the shortest possible way" And elsewhere he added that because "every heavy substance pressed downward, and cannot be upheld perpetually, the whole earth must become spherical"
400 years before Darwin he stated "Man does not vary much from the animals except in what is accidental" He is an inspiration for his curiousity and devotion to knowledge. If your interested in living a life kinda like this madman and would like to know how its possible pick up "How to think like Leonardo Da Vinci: Seven steps to Genius" by Michael J. Gelb. For a less comprehensive version of the book he has an audiobook and the torrent can be found on the bottom of the page.

Socrates - As far as I am concerned Socrates went around town talking to everyone he could trying to prove that the religious and non-religious do not understand thier own morals. He did this by testing thier sense of virtues individually, he was probably impossible to talk to for long cause most people got hell of annoyed when they disprove their own points. Im not sure if he went about it in the right way but im sure hes made more then a fair share of positive influence on the world and he is seen as a teacher to me not now, but thats what he was. Where leonardo was a student of life, socrates was a teacher of life. Understanding and controlling virtues can lead to a better then utopian world. There is a torrent that includes socrates and it may have 3 other badass philosophers that can be found at the bottom of the page called Giants of Philosophy.

Saul Williams - This is THE MAN, he is an extremely creative, passionate, expressive poet that writes music. His genre in his newer albums is near impossible to define, but his older music is rap.
If you dont like rap music.. I know why. But originally rap is suppose to mean Rhythm and Poetry. Unfortunitly most music now adays lacks that poetry but alas Saul Williams is here. All of his stuff is extremely deep so it may take quite a fair share of listens to catch but after that theres nothing like it.

2. Anti-Heroes -
I wont list them here but basically an anti-hero is someone that can teach you what not to do. There are many popular media figures that are perfect examples. But quoting Immortal Technique: "Global truth isnt mass appeal" so just cause someone is rich and such is no excuse to absorb their bad habits, it may seem like its working for them but its probably not.


a practical philosophy for improving ones quality of life by cultivating greater awareness, understanding and application of our entire being including spirit, mind and body